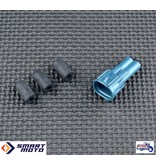 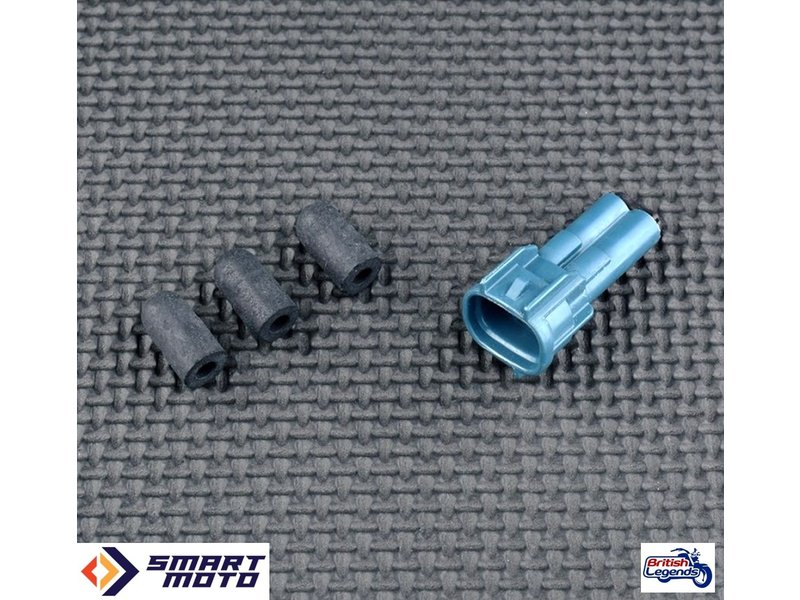 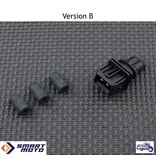 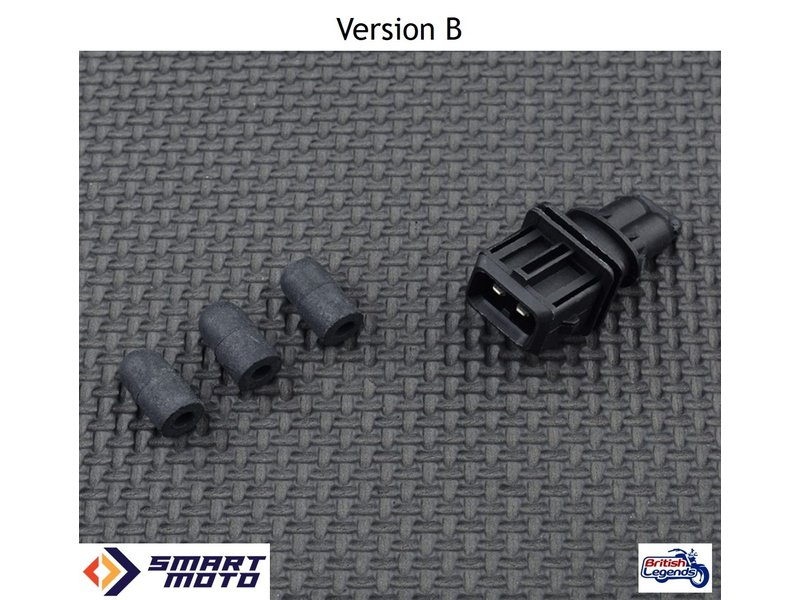 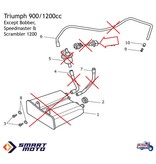 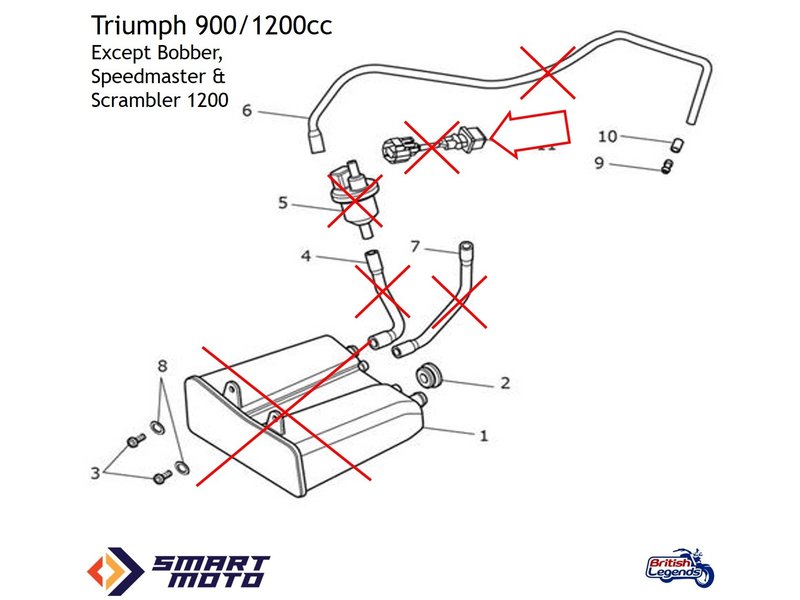 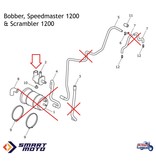 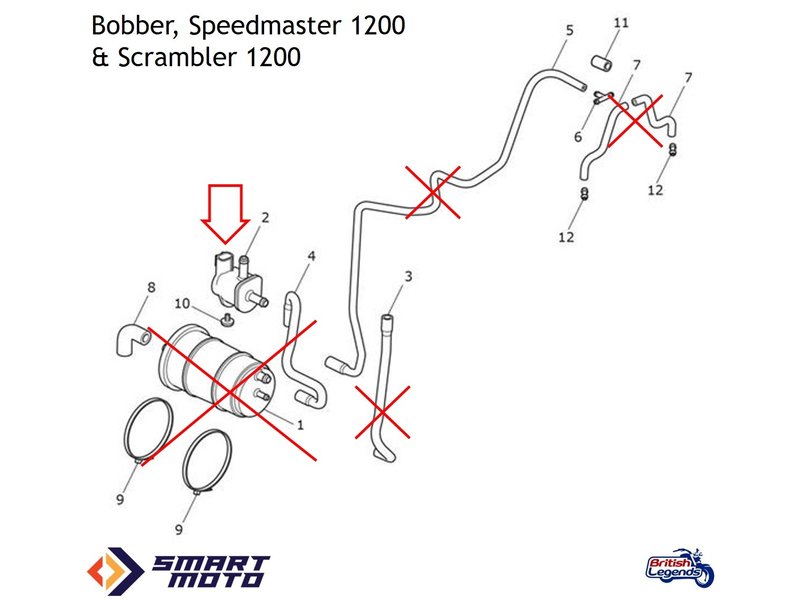 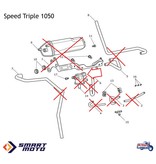 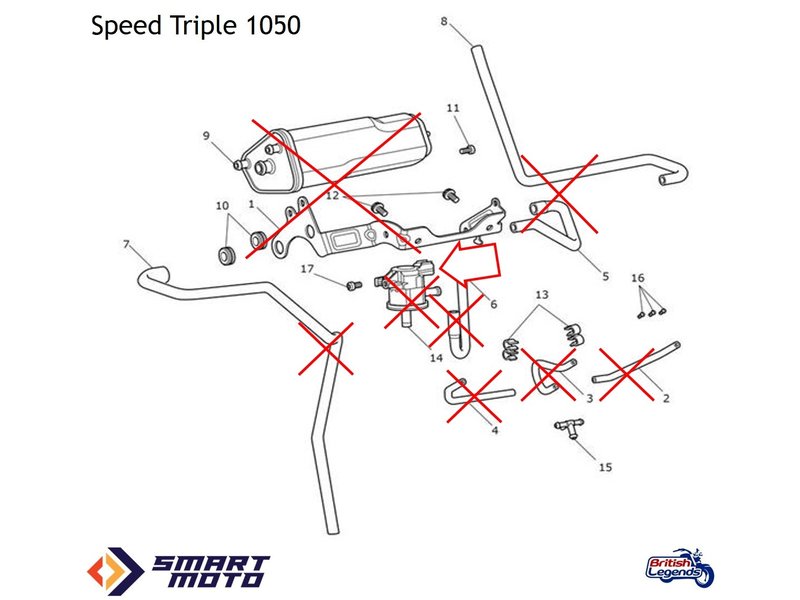 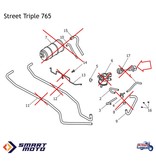 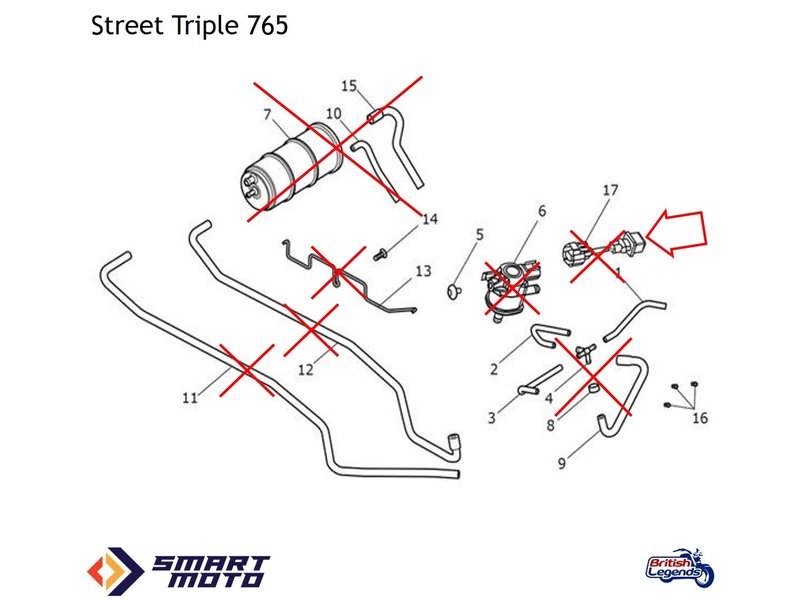 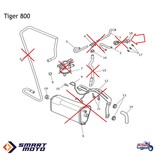 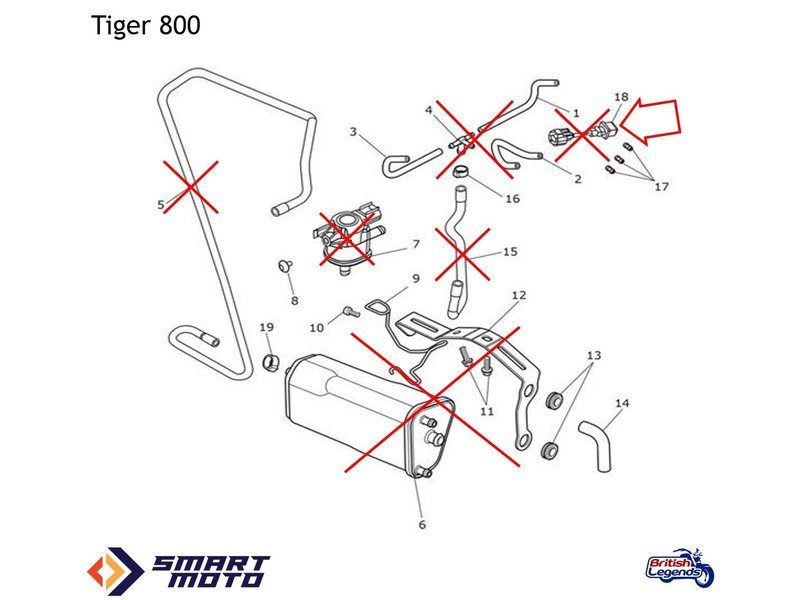 Complete kit for the removal of the EVAP recirculation system, for a better engine operation on many Triumph models. See applications and details below.

Note: this kit is NOT COMPATIBLE for bikes in the USA and Canada, do not order if you are in these countries (your bike has a specific EVAP system).

Description
The Evaporative Emission Control System (EVAP) is used to prevent fuel vapors from escaping into the atmosphere from the fuel tank and fuel system. A charcoal canister captures these vapors which are then sent into the engine to be burnt along with the actual fuel from the tank.

This kit enables you to remove the EVAP system and all the associated tubing. Removing the evap does make emissions worse, but it will make the engine run better overall.

Other advantages:
- Simplified engine environment
- Small weight gain
- Replaces a faulty EVAP valve and disables the associated error codes
- Much cheaper alternative to replacing the canister and other parts if your EVAP system has failed

The kit includes an electronic "blank connector" which will trick the engine-management system into thinking that the system is still there... so the "engine check" light will not come on !

The electronic eliminator is designed for direct plug-in, no cutting or splicing is required. The rubber caps are special heat resistant caps for high durability.

Note: This change makes your non-compliant with the original motorcycle, and as such it is no longer strictly legal for road use. The installation of this kit is your responsibility. 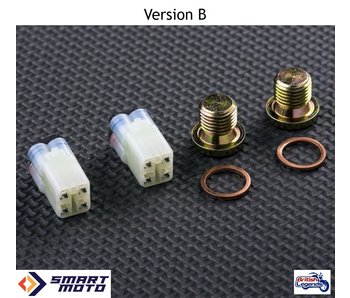 Kit for the removal of O2 "lambda" sensors from the exhaust manifolds on Triumph motorcycles, while maintaining the engine management system. 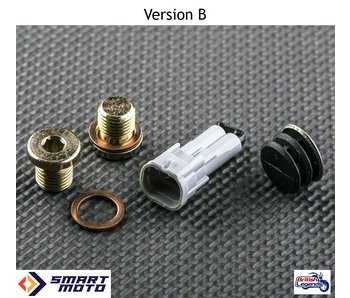 Complete kit for the removal of the AIS recirculation system (Air Injection System), for an improved engine operation. Complete kit for the removal of the AIS recirculation system (Air Injection System), for a better engine operationon Triumph 955 and 1050cc Triples. 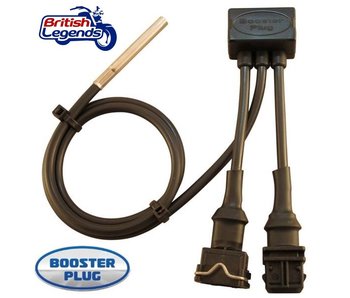 To improve performance and flexibility, without changing the ECU of your motorcycle. Plug & Play, reversible solution.