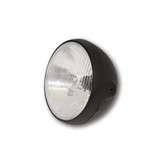 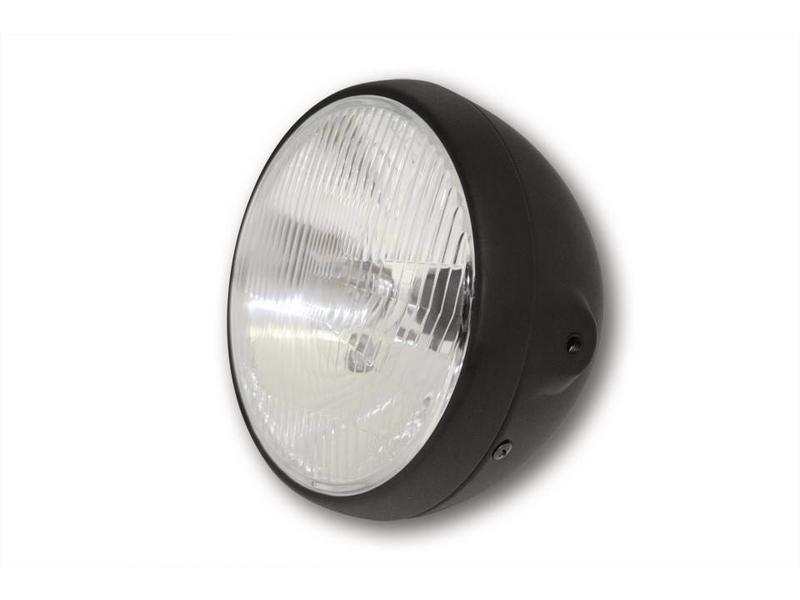 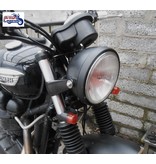 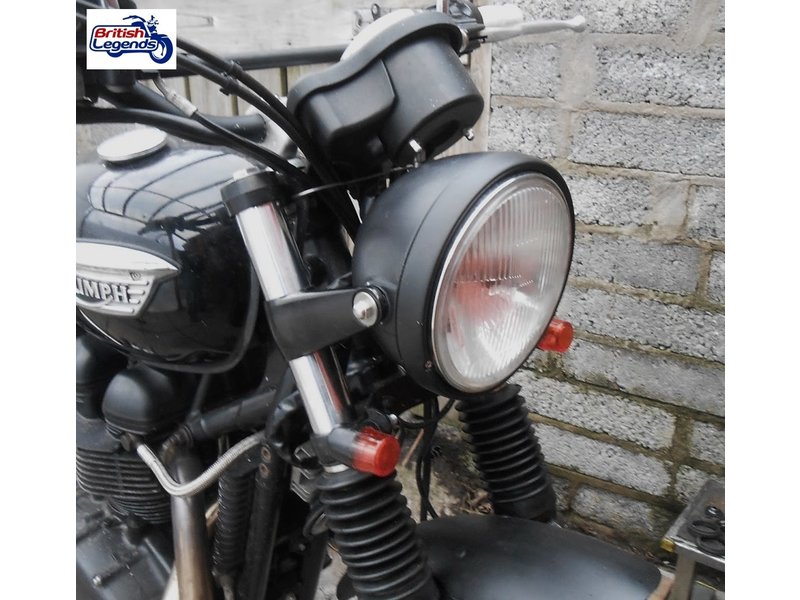 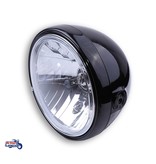 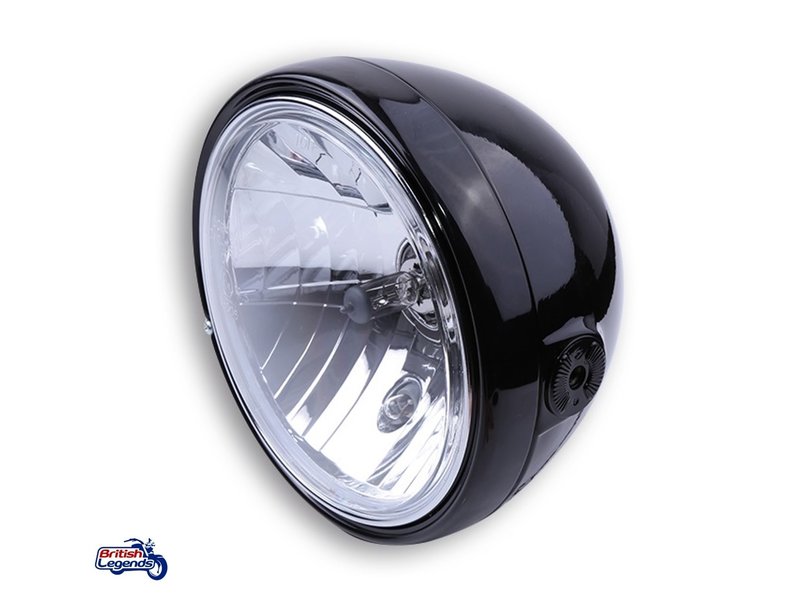 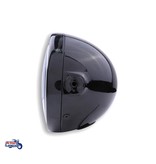 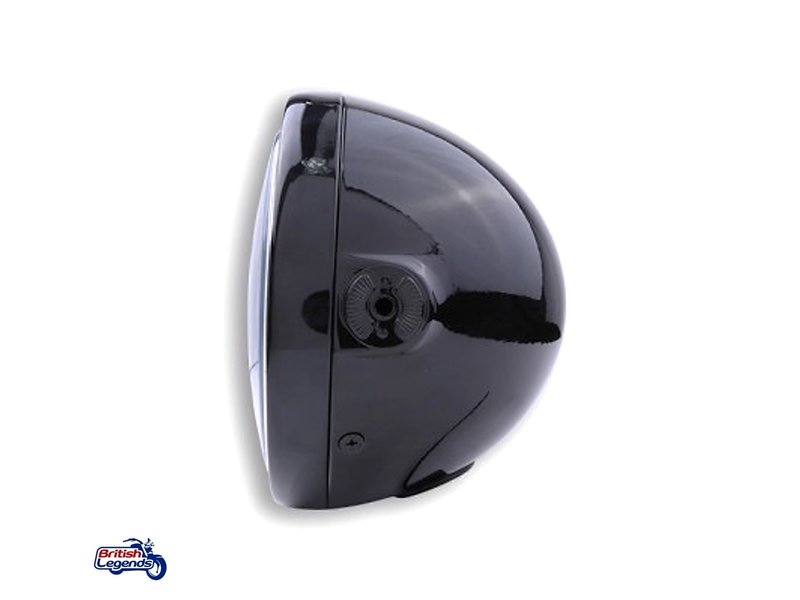 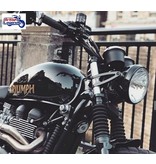 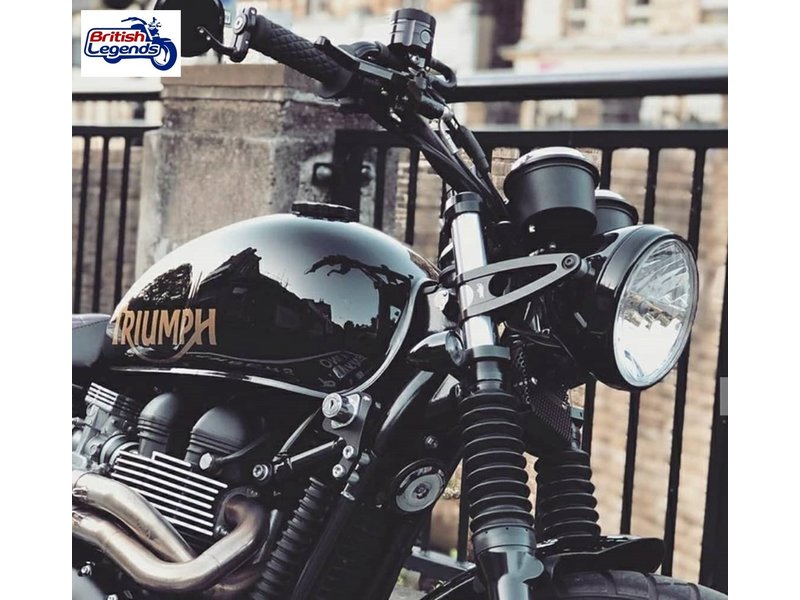 Direct replacement of the original headlight, two versions available: ribbed glass for a retro look, or sleek Makrolon for a more modern style (and better lighting!).
See details and applications below.

Availability:
per version, see below

Versions A with old-style ribbed glass.
Versions B with modern sleek Makrolon and prismatic reflector.

Both versions are interchangeable, you can replace your bike's headlight like-for-like (striated glass on 1995-2008 bikes, Makrolon on 2009-2016) or change its looks if you prefer.

Supplied with holder and bulb for the riding light.
The main beam (H4) carrier and bulb is not included but the original one fits directly in seconds!

Direct replacement of the original headlight, for an authentic retro look.
See details and applications below.
€76,50 (€63,75 excl VAT)
View 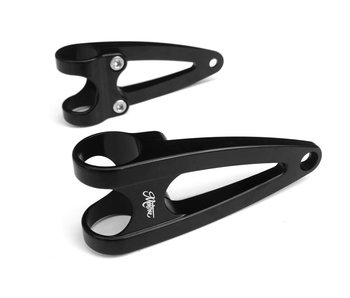 Complete kit for the installation of an additional headlight (white or yellow) on Triumph Twins.